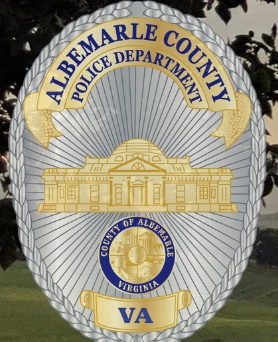 John Henry White, II was born and raised in Albemarle County, Virginia
and spent most of those years in Crozet area. Family was always the
most important thing to John and he defined family generously so John
has a limitless family in the area and across the world.
He is survived by his wife, Beth; his children Erin, John, Nick, Casey
and Tessa; son-in-law, Jon; daughter-in-law, Peggy; grandsons, Henry
and Charlie; puppies, Tank and Zoe and numerous relatives, brothers
and sisters who may chose to identify themselves on this memorial
page.
Although John had the opportunity, through a family trust fund, to
receive an advanced academic education, John preferred to learn skills
instead. He worked along side his father doing all sorts of plumbing,
electrical and motor vehicle repairs during his youth and learned skills
that would allow him to take care of himself and his family.
One of John’s first jobs was developing film for Kodak. That job
allowed him to explore photography, which he enjoyed, and fund his
other favorite recreations of riding motorcycles, drinking beer and
enjoying the beach.
At 19, John began his full-time law enforcement career with the Lake
Monticello Police Department. Because of his age, John’s father had to
buy a gun and ammunition for him because John could not legally do
so.
John also worked for the Fluvanna County Sheriff’s Office and the
Albemarle County Sheriff’s Office. When the Albemarle County Sheriff’s
Office was split with some staying with the Sheriff’s Office and others
going to the newly-formed police department, John became one of
Albemarle County’s first police officers.
John made the most of his law enforcement career. He was a member
of the JADE drug task force, he worked undercover in outlaw
motorcycle gang enforcement initiatives, provided diplomatic security,
worked as an investigator and he rose to the rank of Sergeant
overseeing patrol shifts. John was an accomplished firearms instructor
and gunsmith working with many law enforcement organizations at the
local, state and federal level. John was a member of the Fraternal
Order of Police, the Albemarle County Police Association, the Blue
Knights, the Elks Lodge and the National Rifle Association.
When John retired from law enforcement, he got his firearms dealer’s
license and formed Thunderbear Tactical, LLC to continue his love of
educating people on the proper and safe use of firearms. He taught
concealed carry classes for many people and, though not required at
the time, always included extra time to demonstrate and observe safe
handling of the firearm and appropriate cleaning and storing of
firearms.
John, with a friend, developed a specialized tactical sling that has been
used by the military and many law enforcement agencies. John learned
to sew for this venture and all the slings were custom-made, initially, by
him. He was most proud that he was able to teach disabled law
enforcement and military personnel to create these slings as well which
provided an income for them and guaranteed that the appropriate
attention to detail was given to these custom-made slings.
John actively pursued his love of gunsmith work. This was always an
area in which he was willing to invest time, money and energy. He
could be observed sometimes gently rotating the action on guns,
almost like a gun whisperer, and without tools fix whatever ailed them.
Other times it was loud thwacking with tools that he made sure to
protect proud gun parents from seeing. John also taught himself to
custom ceramic coat gun finishes with one of his most unique designs
being a barbie-esque design on a pink AR style rifle.
While we are sad that John’s life ended too soon, he crammed a lot of
living into it. Hopefully, we will all remember to do the same.
We are planning a post- COVID-19 memorial party in Spring/Summer
2021. Please gather your stories to share as that is what his immediate
family is yearning for the most. We will make sure it is widely
announced when the date is set.
If you feel that you need to do something now, post your pictures or
memories of John on this memorial page for all to share, donate to a
charity in his name or help your neighbor in remembrance of him. HIs
immediate family is well cared for and very blessed and I know John
will smile on your efforts.
Share memories and condolences at www.charltonandgroomefuneralhome.com.

To send flowers to the family or plant a tree in memory of John Henry White II, please visit our floral store.