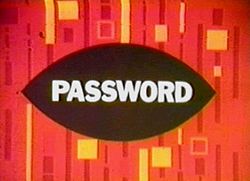 John Larmour was welcomed by Jack and Anne Larmour as their 3rd child on December 2, 1949 in Plandome, NY. John was aﬀectionately known to his friends as Juan de Barcelona. He died May 12, 2021 when he ﬁnally succumbed after several increasingly challenging years to the withering ravages of a rare progressive degenerative neurological disorder known as Multiple System Atrophy combined with prostate cancer. His steadfast courage during the most dire of times was heroic.

In 1968 he matriculated at Washington and Lee University and arrived with shoulder length hair in his favorite bell bottom jeans glued together with something like a hundred hand sewn patches. He graduated in 1972 with a BA in Sociology. He joined Sigma Phi Epsilon Fraternity where he made several lifelong friendships. He was also a proud member of Gamma Tau (Gentleman’s Table). After graduation he spent a year studying abroad in Spain where he mostly studied life and the pursuit of happiness and he did gain ﬂuency in Spanish.

Lacrosse played an important role in John’s life. He starred as a defenseman in high school and made Varsity in college. Later in life he was active as a referee for high school leagues and followed NCAA teams closely. He maintained a special knowledge and love for the game and was always happy to clearly explain a nuanced point.

John made his Television debut in 1970 appearing as a contestant on the popular hit quiz show Password hosted by Allen Ludden. Given his quick mind he won several rounds and more than a little pin money with his star partner the iconic Betty White and then he retired from his successful, if brief, career in television.

Sometimes the uniqueness of a individual’s life is deﬁned by the odd coincidence or the side bar event. Like the game show appearance, 3 other events that John liked to recall included having been asked to pass the collection plate at St.Patrick’s Cathedral in NYC, working as a taxi driver in Hawaii, and then when at 15 on a family train trip to Palm Beach having seen the Duke of Windsor in his boxers!

John’s working career was split between residential real estate and airline ﬂight attendant for Braniff, Piedmont and American Airlines. Through this he lived for years in San Antonio and Minneapolis. The work provided him with the opportunity to travel extensively world wide and he sure did. He held a special affection for Spain, particularly Barcelona and Granada and he made numerous trips there. Bullﬁghting carried a special fascination.

John loved Time Magazine, TexMex, the annual New Orleans Jazz Fest, and was an accomplished gardener. After many years of torpor that followed his ﬁrst marriage along came Susan Shively whom he met in 2010 and all the bright lights suddenly came on. During their decade together they shared a partnership of adventurous fun, total commitment and the deepest love. Susan’s devoted care of John throughout his prolong sickness was a thing of profound beauty.

A friend’s friend, John was uncommonly committed to his buds. Always available with a kind and empathetic ear, his friendship was treasured by many-the same ones who’ll carry happy and heartfelt memories of him for the rest of their lives.

John loved to laugh. A conniver of elaborate practical jokes, he always could be counted upon for a smile, a clever rejoinder or one-liner. Even as his cruel disease destroyed his body he never lost his sense of humor.

Nothing in his life was John more proud of than his two sons John Michael and Zandi and his stepdaughter Vanessa. The mere mention of their names would generate a 100 watt smile. And they in turn were equally devoted to him. He was preceded by the death of his brother Peter Larmour and leaves his sister Patty Poché and his brother Dennis Larmour and their families.

In lieu of flowers, the family asks that you donate in memory of John Larmour to Mayo Clinic for Multiple System Atrophy (MSA) Research.

Donations can be made by phone, online or by mail.

Phone – call 1-855-852-8129 to talk with a Gift Processing Associates who can take a donation securely over the telephone.
Online – https://philanthropy.mayoclinic.org/donatemc

To send flowers to the family or plant a tree in memory of John Larmour, please visit our floral store.

You can still show your support by sending flowers directly to the family, or by planting a memorial tree in the memory of John Larmour

Please see obituary for various options to make contributions to the Mayo Clinic.