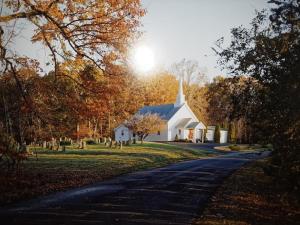 Jerry Harlow, 86, passed away Saturday, August 22, 2020, in Fishersville, Virginia.  He was born June 4, 1934, in Northampton, Massachusetts, son of the late Robert Harlow and Marion Harlow.

An Air Force Veteran, he was Honorably Discharged, after four years of service, having served as an airplane mechanic.  Jerry earned an Associates Degree in Business from Northern Virginia Community College and was an Airline Mechanic /Supervisor with American Airlines.  He was a member of Patmos United Methodist Church, Huddleston, Virginia and was involved in the Lake Christian Ministries Pantry.  He was a first-aid and firefighter with the Huddleston Volunteer Fire and Rescue Department.

He loved riding his motorcycle, playing golf and being on the water, boating.

The family would like to offer special appreciation to The Retreat at Fishersville for their great, loving care.

In addition to his parents he was preceded in death by his wife of 43 years, Alice Harlow, they were married in June of 1957 and she passed away in August of 2000.

In lieu of flowers, the family suggests memorial contributions to Patmos United Methodist Church, 1405 Patmos Church Road, Huddleston, VA 24104, where he and his wife attended and were active members.

To send flowers to the family or plant a tree in memory of Jerry Harlow, please visit our floral store.

A Memorial Service will be held at a later date.