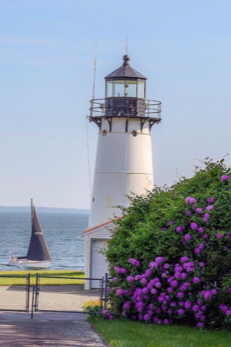 Read more about the life story of Brian and share your memory.

Brian began riding dirt bikes at 8, won silhouette shooting awards as a teen, spent time scuba diving and quohogging with his brother in Warwick Neck, and learning machine tooling at a friends tool and die shop. Early in his career while working at Alpha Grainger as a toolmaker he was given the opportunity to learn automation engineering. With some training he successfully built a screw machine that he was told “couldn’t be done”, ultimately developing 2 patents in his years there. At 40 he graduated from URI with a degree in mechanical engineering. Going to school as an adult, he began class each day by sharing with the students how the world was when he was their age, he called this “remember when”. He made his mark there by spending lots of time with the students sharing what real world engineering looked like versus what they were learning from books. Over the years he worked for a few more small manufacturing firms and his work took him to Germany, the world renowned Chicago tool show, and building automation, tools, and machines for a wide range of different industries. With each new venture he was fascinated by every new problem that he could solve.

When Brian was 16, working at Valles steakhouse in the kitchen, his best friend Craig brought him home and introduced him to his sister Andrea. It then took 7 years for her to finally agree to marry him in 1983. They settled in Coventry in 1989 and raised their 2 boys, whom he loved and teased endlessly, they both recall this made Army Basic training much easier. Their dad was so very proud of them.

Brian and Andrea spent years renovating their 100 year old house themselves, along the way purchasing a backhoe to landscape the property, Brian then decided to became a licensed ISDS installer and landscaper to put the machine to further use.

During those years Brian and his brother learned to fly model airplanes and became members of the RI aeromodelers. The whole family would come on weekends to picnic and watch hours of flying fun. Brian and Craig held classes to teach other members the art of flying and put on shows each year at the URI balloon festival. Brian, of course, had to design and build his own planes, “better than kits” he said, and taught himself how to “hover”, something all others told him couldn’t be done.

Brian made many of his best friends through forums over the internet chatting for many years with people from all over the world, he felt you could really get to know a person over years of the written word, 2 of his closest best friends were from England and the Netherlands and they stayed friends for many years each visiting the other occasionally.

Known as “BDF” in all the forums he participated in, whether it be model planes, the Kawasaki Concours motorcycle world on the COG & ZGGT Forum, also on the Firewood Hoarders forum, learning the art of burning wood in the most efficient manner, and also in the Badger & Blade shaving forum.

After completing a few 1000 mile challenges he was inspired by the Iron Butt association, a group of long distance riders, to take on the CC50, a challenge to drive a motorcycle Coast-to-Coast in under 50 hours, he successfully completed this in 2011. Traveling from NY to Seattle, WA he was awed by the enormity of our country and became enchanted by Bear Tooth, a high pass in Wyoming that leads to Yellow Stone. His bike decked out and modified from top to bottom with some gear he designed and manufactured himself. As a mechanical engineer he was imbued with a sense that the world could be refined, and his bike was no different. Brian and Andrea both became heavily involved in COG, leading rides and rallies and helping with an annual “Tech Day” where Brian would teach others how to work on their bikes, sharing with them every aspect of its technology. They biked thousands of miles around the country, seeing sights and making new friends.

As Brian was an animal lover, He and Andrea became a fixture for many years on the Narragansett sea wall, where Brian would feed all the dogs that passed by.

His belief in self reliance and resilience formed a particularly strong bond with the second amendment. It was a commitment he kept to the end. He was always a target shooter, and a current member of South Country Rod and Gun range, he and Andrea often attended local Pin shoots competitions. He Loved learning the history of each firearm he knew how each and everyone was made and worked.

Devoted to looking his best at the range, and in all places, spawned a true devotion to shaving with a straight razor. He would often quip how never really learned to shave until his 50s. He became an avid collector of not only razors, but also Strops, honing stones, lotions, soaps and brushes that go along with it. When done shaving he could never resist exclaiming, “Oh I did it again. I’m beautiful.”

A student of history and Avid reader, he memorized minute details of every war, every plane crash, and the evolution of so many modern technologies.

After 33 years in Coventry he and Andrea decided to buy a house in VA to be nearer the grandkids, as the next chapter in their lives revolved around them. Just shy of becoming official residents in the Shenandoah Valley area, but in the short time they’ve spent there, were some of Brian’s favorite times since his health had been deteriorating these last years due to Pulmonary Fibrosis.

His biggest smiles came from his kids, Brandi who he considered his daughter and his grandkids. He was so smitten with them and his 3 rescue kitties. He was happiest when he was cooking or smoking food for his family.

Some called him “the professor”, others “McGyver”, he found a work around for everything. Brian’s favorite saying was “Fun is where you find it” and he found it everywhere, he’s was a great story teller and believed beginning every story with “When suddenly” always made them better.

A gentleman and joke teller right till the end, his presence was gigantic, his knowledge was vast, he was the “google” for many friends and family. He made an impression everywhere he went and he will be painfully missed forever.

And boy did he have a great head of hair.

To send flowers to the family or plant a tree in memory of Brian David Felice, please visit our floral store.

Your browser does not support this video format. You should be able to view it in Chrome, Safari or Internet Explorer. 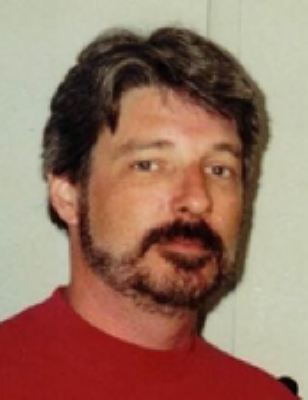