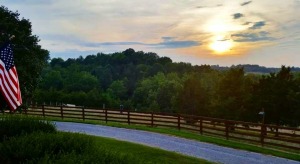 Barbara Lee Ferrell Dearing was a beloved wife, mother, grandmother, aunt, and friend. She was born in Los Angeles, California on June 20, 1937 to the late Lenora McDonald Ferrell and Charles Eugene Ferrell. Her brother, Edd Robert Ferrell, was born two years later. She and Edd got into much mischief growing up, and they remained close until his death in 2011. They grew up in Van Nuys, CA, in a San Fernando Valley that looked very different than the way we know it today. They raised chickens and other livestock, and she enjoyed taking care of and riding her horse, Lady.

She attended Van Nuys High School, where she met her husband and life partner, Ronald Lowell Dearing, in a math class. They were married for 63 years. She excelled academically and she was involved in several sports and a social club. Following high school, she went to Lawton School, where she completed training as a certified medical assistant. After working for a brief time with an obstetrician/gynecologist (Dr. Klassen), she went to work for a general practitioner, Dr. Calvin Elrod, in Burbank, CA. She worked (mostly part time) for Dr. Elrod for the rest of her career until moving to Virginia in 1989. Barbara was known at the office for her outstanding medical skills and knowledge, for putting patients at ease, and for bringing in delicious home-baked goodies every week. Barbara and Ron raised their three children, Craig, Ronda, and Gena, in the San Fernando Valley—their first house was in Van Nuys, they moved to Panorama City in 1963, and then to Northridge in 1975.

Ron and Barbara moved to Waynesboro, Virginia in 1989, with both of her parents (who were in their 80s), Craig and his wife Maureen, and Ronda. They bought a large rural property in the county in nearby Staunton, VA, where they built a custom house that they moved into in 1991. This move was quite a transition from their suburban life in California, but they took to their new lifestyle quickly and never regretted the move.

She and Ron traveled worldwide, including memorable trips throughout the U.S. as well as to Europe and Asia. Their many travel adventures included being in Kobe, Japan during the devastating 1995 earthquake and being in-flight home from Europe during the 9/11 terror attacks (which resulted in re-routing back to Scandinavia for several days until the air-travel ban into the U.S. was lifted). Barbara enjoyed many hobbies throughout her adult life.  She was an outstanding cook, and she particularly liked home canning and bread baking (before either were trendy). She enjoyed sewing and a type of crochet called hairpin lace. In later years she had fun learning rubberstamping and card making. Until very recently, she also enjoyed visiting and taking baked goods to friends she had made at two local nursing homes. Barbara kept in touch with many friends and family from throughout her life, and she particularly loved hearing from folks who sent cards and notes at Christmas.

She is survived by husband Ron, son Craig and his wife Maureen (Waynesboro, VA), daughter Ronda (Orchard Park, NY), daughter Gena (Wolfson) and her husband Dale (Simi Valley, CA), her four grandchildren, Rachel and Billy Dearing, and Sara and Jack Wolfson, and her nieces and nephews.

Barbara requested no memorial services or funeral. In lieu of flowers, she wished for donations to be made to St. Jude Children’s Research Hospital or to a favorite charity of your choice.

To send flowers to the family or plant a tree in memory of Barbara Lee (Ferrell) Dearing, please visit our floral store.

At her request there will be no services.

Or to a Charity of your choice